If the ex-president rejoins, he will have access to a tool he acknowledged helped him win in 2016 – but it will also be an admission that Truth Social failed. Elon Musk’s planned takeover of Twitter, and his desire to restore “free speech” to the platform, have boosted many on the right-wing in America, who have seen themselves, or their cohorts, banned in recent years. However, the idea of returning to the popular social media platform produces conflicting emotions and a dilemma for one notable right-wing Twitter exile.

If Donald Trump, who was permanently suspended from Twitter in January 2020 due to the risk of him inciting violence, rejoins the platform, he will regain access to a tool that he has acknowledged helped him defeat Hillary Clinton in 2016, reclaiming his ability to control the news cycle and communicate with the 88 million followers he lost in an instant. If Trump does so, it will be an acknowledgment that Trump’s own faltering social media endeavor, Truth Social, which was launched earlier this year as a putative alternative to Twitter, has failed, adding the fledgling platform to a lengthy list of Trump’s economic blunders. 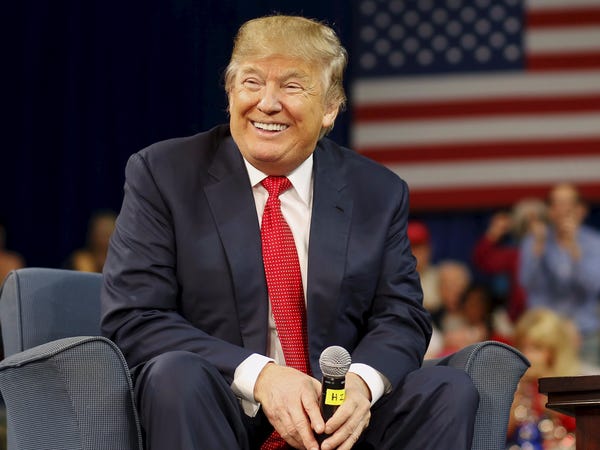 Beyond the embarrassment, a return to Twitter by Trump, with Trump tweeting anti-Democratic and anti-Republican comments, might hurt Republicans’ chances in the November midterm elections.

“There’s a strong case that having Trump back on Twitter would help Democrats win votes by forcing Republicans off-message, reminding swing voters how much they disliked the former president, and driving up progressive turnout,” said Matt Gertz, a senior fellow at the left-leaning media watchdog Media Matters for America.

Senior Republicans appear to be on the same page. Following the news of Musk’s acquisition, the news website Politico called several key Republican legislators and advisers to gauge their reaction to Trump’s possible return to Twitter.

“Truth Social is number ONE in the Apple App Store!” pic.twitter.com/VTtEqnyEwq

According to Politico, “every single one of them told us that they hoped the former president stayed the hell away from Twitter.”

Musk’s Twitter Opens the Way to A Trump Comeback

On January 8, 2021, four days after Twitter permanently suspended Donald Trump’s account, the then-US president’s son pleaded with entrepreneur Elon Musk to use his “brilliance” to develop a “non-biased” social media platform to smash the competition.

Musk refused to take up Donald Trump Jr.’s challenge. However, the Tesla CEO’s acquisition of Twitter positions him to reconsider the ban on the outspoken Republican, a move that may roil US politics as the country approaches the 2024 presidential election and a possible Trump re-election campaign.

Throughout the twists and turns of the Twitter sale story, the Trump matter has lingered as a question mark.

Trump’s restoration would have far-reaching consequences for the media environment he once ruled before being de-platformed “due to the potential of increased instigation of violence.”

Trump has been the most dominant force in Republican politics since then, despite his almost complete disappearance from the daily news cycle.

When Trump does make headlines, he keeps claiming that the 2020 election was stolen from him, a false narrative that fuels his movement and sows cynicism in US institutions.

Even if given, Trump has stated he will not return to Twitter, telling Fox News on Monday that he will instead focus on his nascent Truth Social platform, which has yet to gain traction.

Truth Social was the most downloaded iPhone app on Tuesday, at least for the day. However, its inauguration was marred by technological difficulties, and it has yet to register on the national political agenda.

Despite this, many people doubt Trump would be able to resist returning to Twitter if given the opportunity.

An anonymous Trump insider told the Washington Post on Monday that the ex-president missed Twitter, which he used as president to settle scores and shape the news cycle. Musk has not directly addressed the Trump topic while pursuing Twitter in recent weeks.

Analysts say Musk is motivated more by a desire to have control over a visible marketing platform than by a desire to influence American politics. Many people interpret Musk’s criticism of Twitter’s content standards as an indication that he will overturn Trump’s ban.

“Free speech is the backbone of a functional democracy, and Twitter is the digital town square where issues critical to humanity’s future are debated,” Musk said in a statement announcing the partnership on Monday.