Skip to content
Home News ‘We’re Not Attacking Russia,’ Biden Says as He Asks for $33bn in Ukraine Aid!!! During a visit by UN Secretary-General Antonio Guterres, who criticized the “absurdity” of war in the twenty-first century, Russian soldiers bombarded Ukraine’s capital late Thursday (28 April), while US President Joe Biden requested an additional $33 billion in support for Kyiv.

At least three people were injured in the attacks on the city’s western outskirts, which were the first in the capital in nearly two weeks and came after UN Secretary-General Antonio Guterres visited Bucha and other districts where Moscow is accused of war crimes.

Prosecutors in Ukraine said they were looking into 10 Russian soldiers for alleged atrocities in Bucha, where dozens of remains in civilian clothing were discovered following Moscow’s retreat, and that they had identified over 8,000 possible war crimes cases. 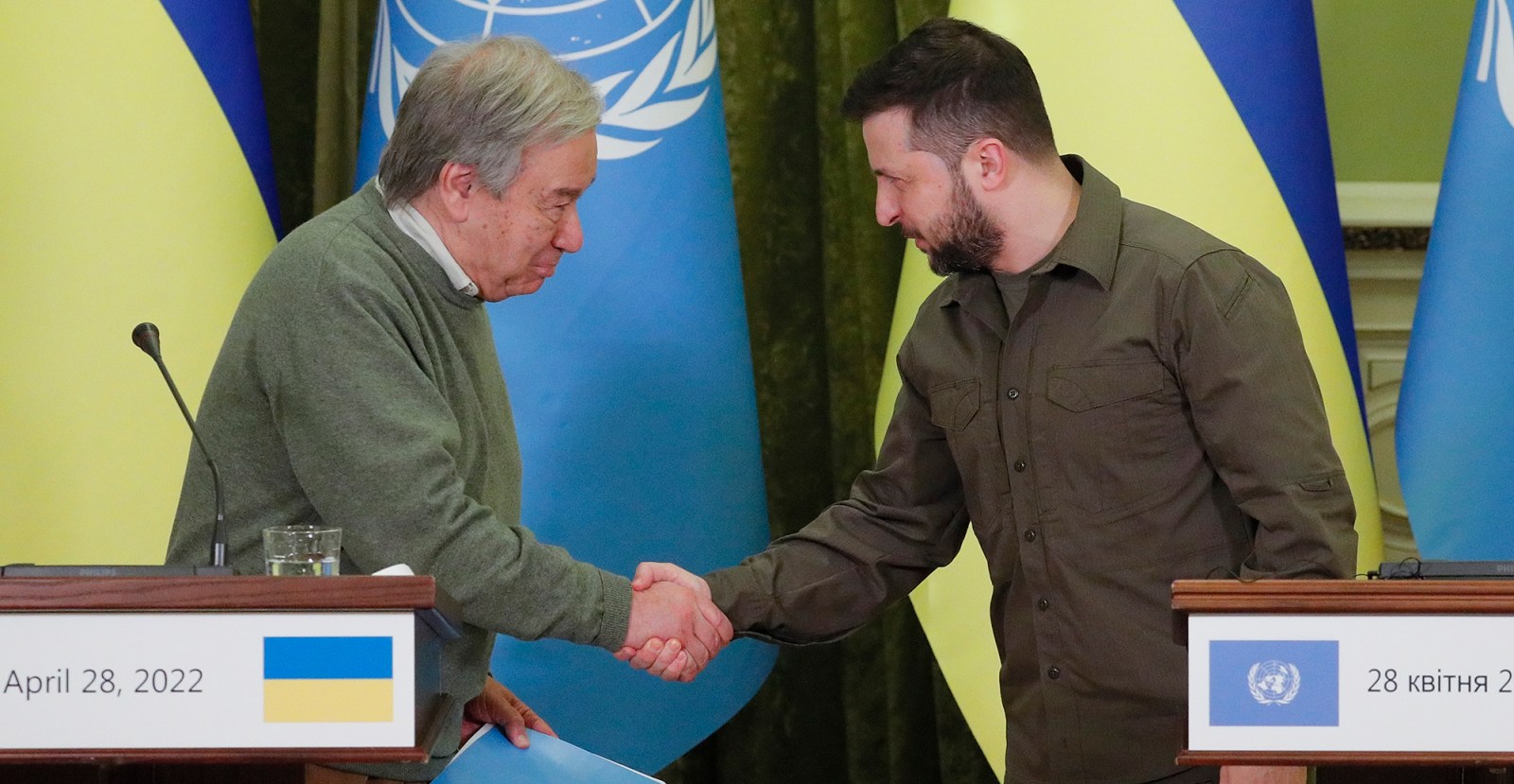 In Washington, Biden pushed US lawmakers to support his massive aid package, as well as proposed new legislation that would allow Ukraine to use luxury assets taken from Russian oligarchs to compensate for damage caused since Moscow invaded on February 24.

“This war does not come cheap. But, if we allow it to happen, yielding to hostility will be more costly,” Biden argued.

Volodymyr Zelenskyy, the president of Ukraine, praised Biden’s suggestion as an “essential” and “necessary” step.

Hell no! No more. This is now just a ridiculous money laundering scheme. ‘We’re not attacking Russia,’ Biden says as he asks for $33bn in Ukraine aid – livehttps://t.co/zSmFJ97nQF

AFP journalists witnessed one structure engulfed in flames and black smoke billowing into the air in a residential area of Kyiv.

“I heard two rockets launch and two explosions.” “It was a sound like a jet taking off, followed by two explosions separated by three to four seconds,” Oleksandr Stroganov, 34, said AFP.

“There were two hits in the Shevchenkovsky area,” Mayor Vitali Klitschko added, one of which impacted “the lower floors of a residential structure.” Three people were brought to the hospital, but it was unclear how serious their injuries were.

“It is a combat zone, but it is shocking that it happened so near to us,” Saviano Abreu, a spokesman for the UN’s humanitarian office who was travelling with Guterres, told AFP.

Following his meeting with Guterres, Zelenskyy claimed the strikes were an attempt by Russia to “humiliate the UN and everything that the organization represents.”

Russia stopped gas supplies to Bulgaria and Poland, both European Union and NATO members, on Wednesday as part of its economic confrontation with the West. Both countries are currently getting gas from EU neighbors. On a visit to Ukraine on Thursday, Petkov urged Europe to be “stronger” and wean itself from Russian gas, stating that “everyone in Europe should be able to.”

A Russian military official told reporters that the Russian army had carried out air strikes against 38 military targets, destroying seven ammunition dumps, but made no mention of Kyiv or the surrounding territory. 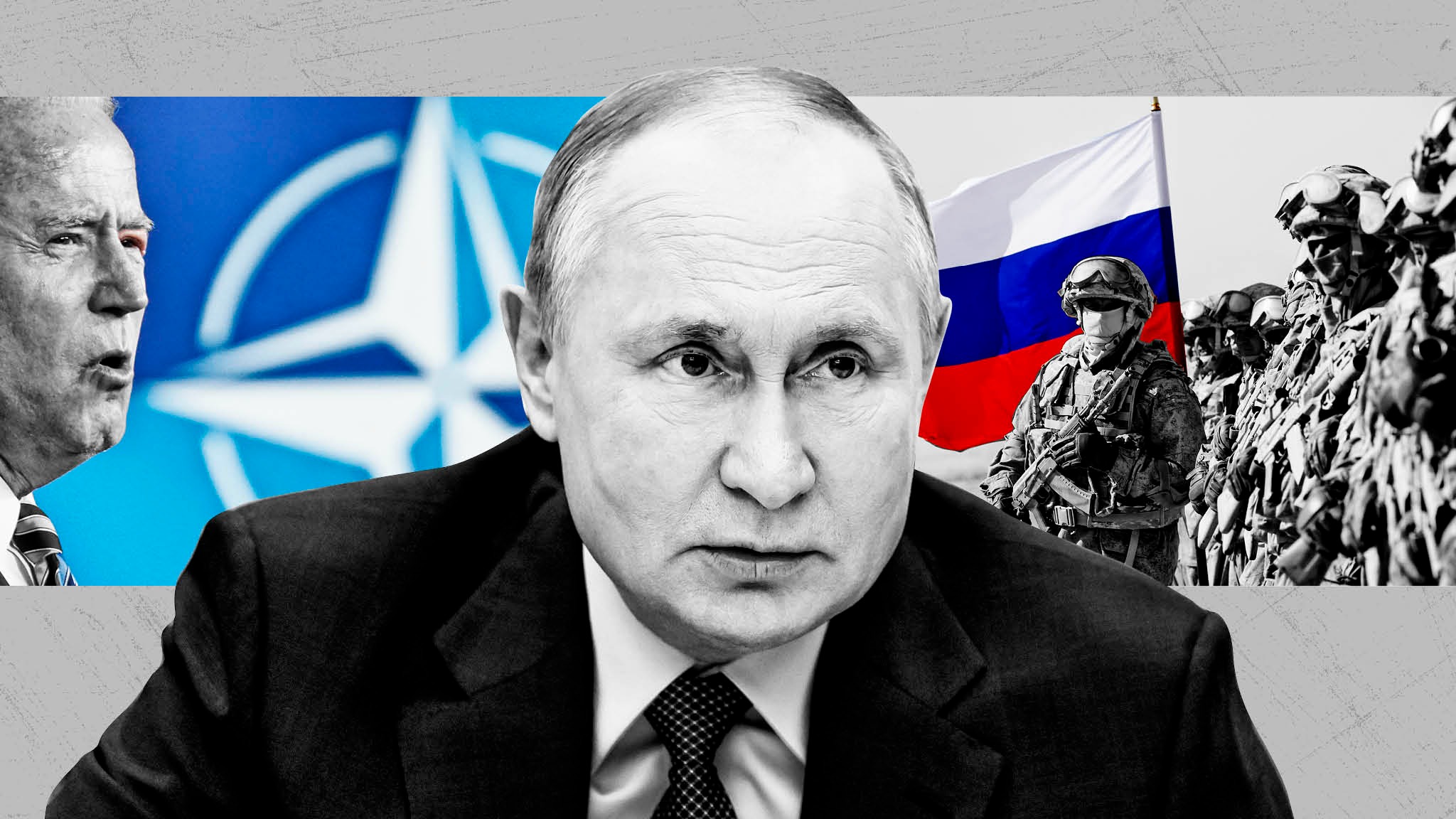 After visiting Bucha, Guterres termed the war “evil” and asked that the Kremlin help with an International Criminal Court probe into the allegations. Guterres came in Kyiv after talks in Moscow with Russian President Vladimir Putin.

Prosecutors say the ten soldiers under investigation are accused of “premeditated murder,” “cruel treatment,” and other war crimes committed during their March occupation of Bucha, northwest of Kyiv.

Guterres confessed that the UN Security Council “failed to do everything in its power to prevent and stop this war” during a joint press conference with Zelenskyy.

He said, “This is a source of immense disappointment, irritation, and rage.”

In Washington, Biden pushed back against Russian officials’ and state media’s increasingly vehement statements that Moscow is attacking the entire West, rather than just Ukraine.

“We’re not going to invade Russia.” Biden stated, “We are assisting Ukraine in defending itself against Russian aggression.”

The US president also chastised Moscow for making “idle statements” about the use of nuclear weapons. Biden’s $33 billion request is a significant increase over past requests.

The majority of the money — $20 billion — will go toward weaponry and other security assistance, with $8.5 billion going toward economic assistance to help Ukraine’s government deal with the situation.

Russia has targeted Western-supplied weapons, as the US and Europe increasingly follow Zelenskyy’s push for more powerful weapons, despite their reservations about getting involved in a fight with Moscow.

On Thursday, the German parliament decisively voted in favour of supplying Kyiv with heavy weaponry, signalling a significant shift in policy.

The West would not allow Russia to “exploit their oil and gas to evade consequences for their aggression,” according to Biden.

There is just one hope.’

With thousands of people killed in the conflict, Kyiv has acknowledged that Russian forces are making progress in the east, taking a string of villages in the Donbas region.

After confronting tough Ukrainian opposition backed with Western armaments, the first wave of Russia’s invasion failed to reach Kyiv or overturn Zelenskyy’s administration. Since then, Russia’s strategy has shifted to conquering the country’s east and south, while targeting the west and central regions with long-range missiles.

Guterres stated that the UN was doing everything possible to evacuate residents from the besieged port city of Mariupol, which he described as a “apocalypse.”

Despite Russia’s earlier claims that it was not intending to occupy conquered territory, a Russian official stated Thursday that the ruble will soon be adopted in areas of Ukraine under Moscow’s authority.

The decision was denounced by Ukraine’s ombudsman as a “act of annexation” and a “gross violation” of UN Charter articles.

According to the United Nations, about 5.4 million Ukrainians have fled their nation since the invasion, with more than 12 million additional internally displaced.

‘We’re not attacking Russia,’ Biden says as he asks for $33bn in Ukraine aid- yes you are! Besides looking tough won’t save you. https://t.co/qVdFU6TPhF

“We feel horrible; we shouldn’t be standing here,” Svitlana Gordienko, a nurse who was forced to relocate to Zaporizhzhia in the south, told AFP as she waited in line for food at a humanitarian hub.

“The only chance we have now is to return home,” Galina, a retiree, remarked.